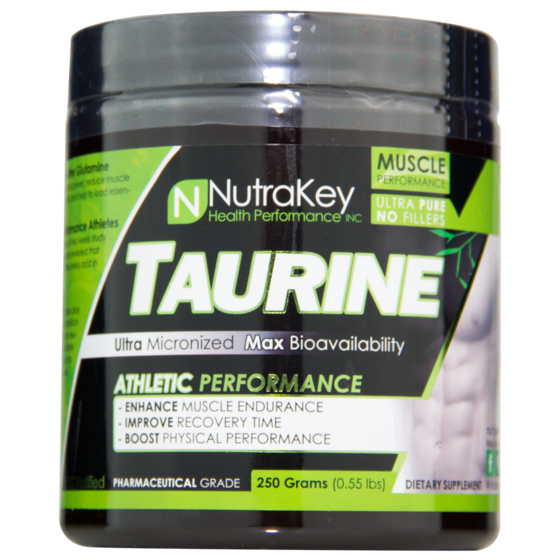 A popular ingredient in most energy drinks and the 2nd most abundant amino acid in the body after glutamine, taurine is mostly found in the brain, heart and bloodstream where it functions as a powerful antioxidant and supports both mental and athletic performance.

As a conditional amino acid, taurine can be produced in small amounts by the body, but is largely derived from food sources like meat, fish, and supplementation

Taurine has been known to increase muscle mass, muscle strength & power, reduce muscle damage caused by exercise, accelerate recovery between workouts, and may also have an insulin-like effect in the body, helping to load essential nutrients into muscle tissue.*

Thought to be the result of taurine’s potent antioxidant activity, researchers have found that taurine supplementation can result in significant increases in VO2max (the maximum capacity of a person’s body and bloodstream to transport and utilize oxygen).

With increased oxygen availability and reduced cellular damage from free radicals, taurine has been shown to enhance endurance and drastically delay the onset of fatigue

Save this product for later
Shop Now