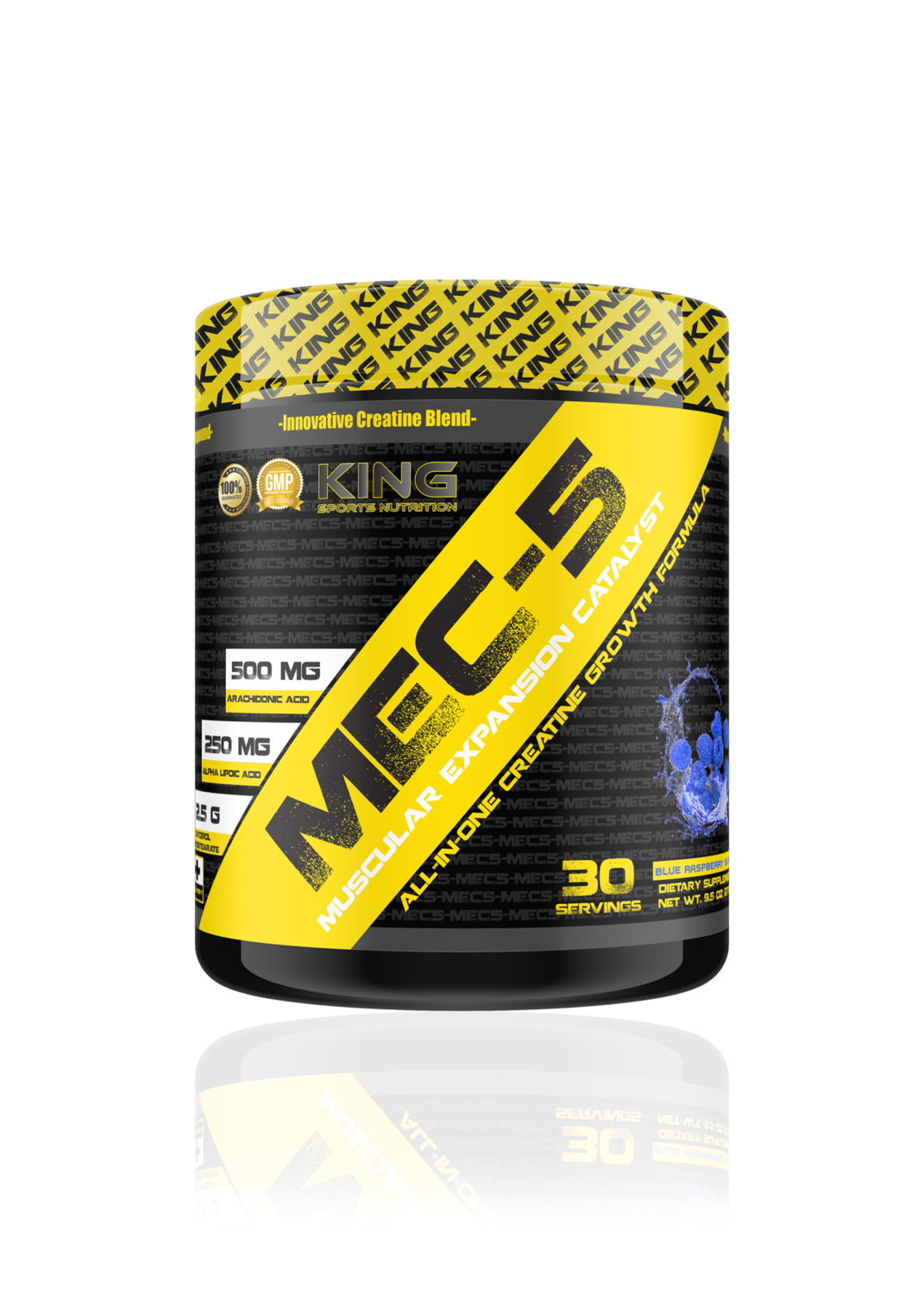 *NOTE: Due to the high contents of Alpha Lipoic Acid and Arichidonic Acid, be sure to drink MEC-5 with plenty of water (10-12 oz water), as it may have a very strong acidic taste.

Creatine is a molecule that can rapidly produce energy (ATP) to support cellular function. It also exhibits performance-enhancing and neuroprotective properties. Creatine is well-researched and remarkably safe for most people. It stores high-energy phosphate groups in the form of phosphocreatine. Phosphocreatine releases energy to aid cellular function during stress. This effect causes strength increases after creatine supplementation, and can also benefit the brain, bones, muscles, and liver. Creatine also increases intramuscular water retention, mitigating the soreness feeling of torn/worked muscles.

Arachidonic acid (AA) is a fatty acid of the omega-6 class, and is the main fatty acid of interest when referring to an omega-3:6 ratio (relative to fish oil fatty acids). It is proinflammatory and immunosupportive. It is what stimulates muscle soreness after an intense workout, which in turn signals the brain to recover and grow. Although Arachidonic acid is known to heavily induce muscle soreness for muscle growth signaling purposes, the Creatine in MEC-5 will simultaneously relieve/mask the soreness, allowing you to push yourself and make greater gains!

Alpha-Lipoic Acid (ALA) is a mitochondrial fatty acid that is highly involved in energy metabolism. It has shown benefit for various forms of oxidation and inflammation. ALA is a potent anti-oxidant compound. It works with mitochondria and the body’s natural anti-oxidant defenses. ALA has an insulin like effect. It does not take the place of insulin, only mimics it. ALA has been shown to increase glucose uptake by mimicking insulin and shuttling it to Glut-4 receptors. Because ALA has increased the number of Glut-4 receptors on the outside of the muscle, more glucose can be absorbed for use within the muscle, therefore increasing strength, endurance, and recovery.

Glycerol Monostearate occurs naturally in the body. When it is ingested as a supplement, it is absorbed and increases the concentration of the fluid in the blood and tissues. The concentration of these fluids is held constant by the body, so water consumed with glycerol is not excreted until the extra glycerol is either removed by the kidneys or broken down by the body. Taking glycerol in supplemental form quickly improves hydration and the absorption of other supplements that are taken with it. The end result is faster delivery of nutrients when and where you need them and a prolonged “pump effect” during your workouts.

Save this product for later